Some Key Social Media Trends To Look For In 2012 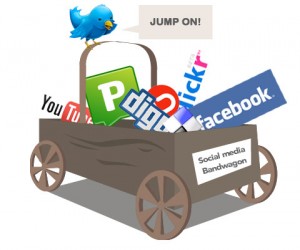 In 2011, social media had its share of growing pains. Large brands and corporations took to social media in force to try to find footing in this expanding medium. Some brands found success, while others found peril and new PR nightmares. One person who has helped brands navigate the proverbial social media minefield isAmy Jo Martin. She is the founder of Digital Royalty, a social media firm that has set itself apart by helping A-listers find their social media voice.

Amy works with people like Dana White of the UFC, Dwayne “The Rock” Johnson of acting/WWE fame and brands like Nike and Fox Sports (and now Joel Stein). Her specialty is working with organization

s or individuals and making them look good online. Since the online world is in perpetual flux, I wanted to get Amy’s take on the social media landscape for 2012.

Here were a few key trends Amy said we should look out for in 2012:

Many shows have already begun to integrate social TV, either through polling or integrating social elements within the show. See my example of how both the UFC and WWE are integrating social media into their programming. Social media played a pivotal role in the last presidential election, and it will likely be more integrated into political broadcasts.

As each news channel fights hard to keep their viewers engaged, networks like CNN and Fox have made significant strides to engage their audience, although some would argue that this social media integration has come at the expense of hard-hitting journalism and analysis.

2. TV Is Going Online in a Big Way

2012 will be the first time that the Super Bowl will be streamed live to the world. Since the Super Bowl is generally viewed as the mother of all advertising spectacles, it will add a new dynamic into the digital component to advertising and social media integration.

Facebook in 2012 has the potential to project its power and truly take Facebook credits into a viable currency. Amy puts it quite well when she says “they’re building an online destination we’ll never need to leave, and my guess is they’re only about 8% of the way through their product roadmap.”

4. Big Business Has Woken Up

The way corporate entities approach social media is shifting. Many companies realize that setting up Twitter, YouTube and Facebook accounts is not going to cut it as their social media strategy. Brands will need to seriously shift their perspective by treating social channels more like communication channels and less like an advertising channels in order to make a difference. From my perspective this transition has already occurred, judging by the extent to which brands’ Twitter accounts are now used as channels for CRM and customer support, managing pissed off or happy customers in near realtime.

ROI will remain a key metric to any social media strategy. The concept of engagement is now becoming more and more an excepted metric. CEO adoption of social media is improving, and more CEOs are recognizing the benefits of humanizing their brand by taking to Twitter.

Customer service, research and image branding could all be considered social media intangibles, yet all three are obviously important in business. Social channels impact every single aspect of business from human relations to ﬁnance, sales, operations and legal. It’s important for everyone to understand how social media affects their role and responsibilities. Opposite of television, social media is a dialogue vs. a monologue and if a brand is able to collect opinions real-time in high volume via social channels like Facebook polls, they can save a great deal of money on formal research studies.

There have been a lot of discussions about social media fatigue and whether brands refuse to play for that reason. With over a billion people on social media it’s irresponsible for any brand not to have some sort of presence. 2012 will be the year for brands to go beyond cookie cutter campaigns and really determine how it not only adds value to their company, but how it adds value for their customers. 2012 will be crucial for companies and social media. For those who don’t see a direct correlation between social media and sales consider:

“Social media is an ideal tool for moving people up the fan ladder, from being a casual fan of a brand to a loyalist, because the communication channels allow people to build stronger emotional connections with brands.”

So in 2012, the question is, how will your brand use effective strategy to move people up the fan ladder from interested to foaming at the mouth brand zealots? 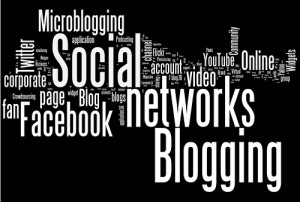 Mingle Media has the solution for your Social Media marketing objective.
www.minglemedia.ca