Online Video Stats to Make Your Eyes Glaze Over 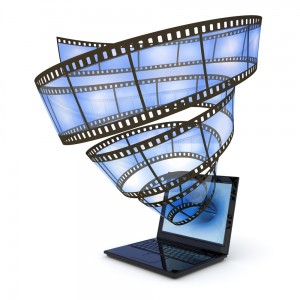 Online Video Stats to Make Your Eyes Glaze Over:

There’s a pretty good chance you just finished watching one before you arrived here.

And after seeing how long this post is, there’s a pretty good chance you’ll abandon this in a few seconds to watch a video online instead. But, don’t worry; you wouldn’t be the only one. Watching video online is becoming the globe’s new pastime and it’s showing no signs of slowing down (or, uh, buffering).

An overview of the world of online video

The demand (and opportunity) for online video is staggering:

How engaged are online viewers?

In a competitive marketplace, attention is vital. And the question becomes: are people actually paying attention to videos played on the Internet?

How are online video viewers getting their fix?

Depending on the context of the video, user engagement varies:

How do online videos benefit retail?

Everyone wins when an online video of a product is provided.

How is online video changing the industry of business?

Watching a video can have an impact on your business’ bottom line, especially as high-level executives flock to video channels.

What is the relationship between online video and advertisements?

As most search engine optimization (SEO) experts are aware, getting a first-page Google result is harder than ever. Not only do Google’s search and indexing algorithms continue to evolve in complexity, but Google has given over more and more of its search results real estate to “blended” search results, displaying videos and images towards the top of the first page, and pushing down—and sometimes off the page—traditional web results that would have otherwise competed for top rankings.

But where problems arise, so do opportunities. Although Google’s newfound enthusiasm for video has created more competition for fewer traditional search results, it has enabled sites with video assets—even sites that would otherwise score poorly in the Google index—to successfully achieve first-page rankings. In fact, Forrester Research found that videos were 53 times more likely than traditional web pages to receive an organic first-page ranking.

Talk to us today about how we could help your business with our services.

Mingle Media is a start-up firm offering one stop solution to all of your marketing needs.

At Mingle we work hard to be one of the most results-oriented advertising agencies in Canada.

Our dedicated advertising and marketing team at Mingle Media, is a specialized task force of seasoned advertising professionals whose aim is to increase how effectively you advertise and promote your business across all your media channels. Each member comes from their own area of expertise, from strategic and business planning through to creative concept, Copywriting, design and implementation.

To do so we approach your market with a curious mind, and a deep desire to understand your business the way you do. With fresh eyes we’ll look at your business model and market, and find new ways to make your communications across all your chosen media more creatively and strategically effective.

Our dedicated interactive development team at our Toronto office will create a Web presence that works hard for your business, and integrates into the rest of your communications and marketing plan. Our team includes designers, writers, programmers, IT staff and search engine experts. They are backed by a team of strong marketers, project managers and researchers.